Dr. Muhammad Masood Qureshi was one of the leading Homoeopaths and pioneers of Homoeopathic system of Medicine in the Indo-Pakistan Sub-continent. He entered Homoeopathic World as a physician in 1922.

He was born on 15th Nov.1897 at Wazirabad, a small but flourishing town of the Province of Punjab, Pakistan. His mentor in Homoeopathy was Dr. M. Tyler of England who was the direct disciple of Dr. J.T.Kent. Dr. Masood established his pharmaceutical laboratory which holds the highest place of prestige in the countries of the South East Asia and has won World-Wide recognition from the global pharmaceutical tycoons.

The Society of Homoeopaths, established by him inÂ 1930 has gone a long way in the promotion and propagation of Homoeopathy. The society has published a large number of books on Homoeopathy. The Society holds Masood Memorial Lecture every year to commemorate the memory of Late Dr. Muhammad Masood Qureshi. Prominent homoeopaths and intellectuals from different walks of life are invited to deliver lectures on homoeopathy and related topics. In 1930 he launched monthly ‘Homoeopathic Magazine’, an organ devoted to the cause of homoeopathy. It has now entered 84th year of its publication.

In 1954, he was granted membership of International Hahnemanian Association of U.S.A. This was a unique honour and privilege bestowed up on a non-European who was not a Graduate in Medicine (M.D) and had not received regular schooling at any Homoeopathic Institution worth the name. Dr. Masood earned this rare distinction on presenting and submission of three complicated clinical cases successfully cured by him. The same cases were later published in ‘Homoeopathic Recorder’ an official organ of International Hahnemanian Association.

Dr. Muhammad Masood Qureshi organized Six All Pakistan Homoeopathic Science Conferences which were attended by a large number of foreign delegates and local homoeopaths. As a result of his relentless efforts, the Homoeopathic bill was unanimously passed by the National Assembly of Pakistan in 1965. At long last his efforts bore fruit when Homoeopathic System of Medicine was officially recognised by the Government of Pakistan.

He was an author of repute, as many as 40 books were written by him in English/Urdu on different aspects including Materia Medica, Philosophy, Pharmacy, Practice of Medicine and Case taking etc. A majority of these books are a part of the syllabus of Homoeopathic Medical Colleges in Pakistan. Dr. Muhammad Masood Qureshi bequeathed his personal collection of rare books on homoeopathy and allied topics. The Masood Library comprises more than 5500 books which have been catalogued. The Library is open to research scholars for their benefit from it.

He founded Homoeopathic Trust in 1956, under whose aegis a number of charitable institutions are functioning, namely, Homoeopathic Trust Hospital which provides free medical aid to the poor & the needy patients. In addition, the Trust Hospital undertakes X-ray examination, runs Dental, Eye & Diabetic Clinics which provide treatment for nominal charges and a Gynaecology clinic for the female patients.

Another institution established in 1963 by the Trust is Pakistan Homoeopathic Medical College. It is a Government recognized institution which undertakes four-year D.H.M.S course in homoeopathy. A number of foreign students are on the rolls of the college.

Dr. Muhammad Masood Qureshi was a mentor and guide who shaped the destiny of hundreds of young homoeopaths. He was a prolific reader and ardent homoeopath and author par excellence, above all an affectionate teacher. When history of sub continental homoeopathy will be written, his name will stand out starkly among his contemporaries. He has created a name for himself among the pioneers of homoeopathy in this part of the world and has set a worthy example of devotion, seriousness of purpose, affable manners and large-heartedness for posterity to emulate. Indeed, he served the cause of homoeopathy with rare devotion. Dr. Muhammad Masood breathed his last on 21st August 1970 at the age of seventy three.

May his soul rest in peace! Ameen. 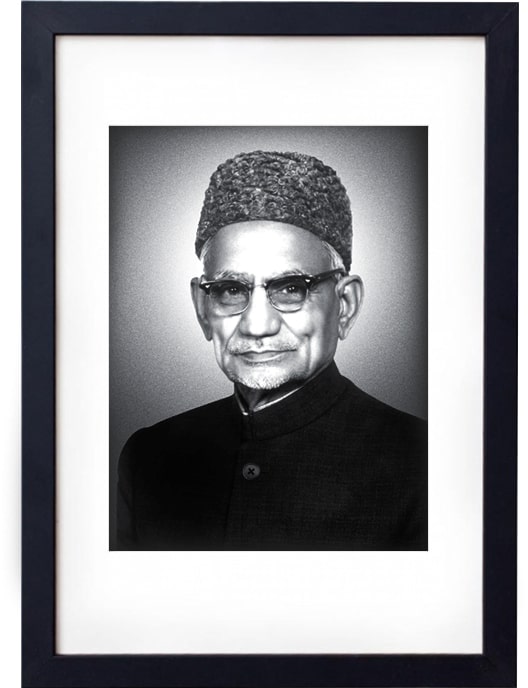